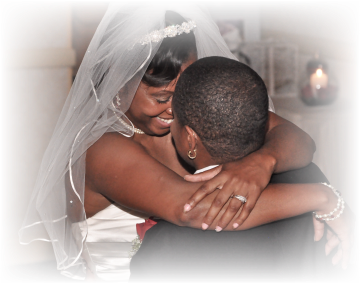 How did you get together/meet?  Stephanie: I realized she lived in Delaware from a meet up site we were both members of. I initially made an inquiry to her on the possibility of carpooling sometimes. We both live in Delaware but she traveled to Philadelphia often for events and work. Our conversation was so easy, that we texted or spoke with each other extensively through text and Facebook. Alicia eventually asked me out. I was a bit taken off guard but agreed to go. We went out 1 or 2 more times, and carried on conversation for another couple weeks before we dropped off.  Alicia: A year later we bumped into each other at a club.  I asked her to dance, and she said no. Stephanie said she promised to dance with her sister first.  I thought initially that it was her polite way of saying, “No get lost.”  She danced with her sister, and then sat back down to sip on her drink.  As soon as I confirmed in my head that she wasn’t interested, she got up, grabbed my hand, and we danced.  There was electricity between us that I wasn’t expecting and time stood still.  Next thing I knew the lights were on.  After that night we’ve been together ever since. 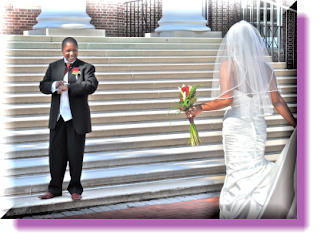 What was the initial attraction? Stephanie: I don’t go out much, but I was at the club celebrating that weekend before the start of a new semester, and Alicia was convinced to go out with her good friends that night. It was another chance meeting. Initially I was attracted to her which is unusual for me because I am attracted to very few people. When I met her again it was magical; it was just a connection.  Alicia:  Stephanie is my definition of what I think a lady is:  well spoken, intelligent, beautiful, sexy, and sophisticated.


What would you say is the key to the success of your relationship?  Stephanie: We are both hard workers, money wise, responsible, energetic, humorous people who share the same goals AND seriously connect on a spiritual level. Alicia:  Understanding our differences, embracing our similarities, and the spiritual connection between us.  I hope people understand what we mean by this connection.  It’s like our energies combine.  She feels me just as I feel her.  Stephanie is my soul-mate. 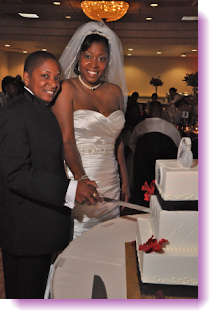 I just wrote an article about the importance of shared goals. Why are shared goals so important in relationships: Stephanie: If two people are at different points in their life, it will not work. It is not good for you to go back and it is not fair if she has to catch up. It’s important to be at the same place and have similar personalities. Alicia: We both are at places in our careers where we are thinking about retirement. We are thinking about traveling and what we are going to do in ten years. Shared goals and being at the same place in your life is important.


Discuss how you deal with and face challenges that might come up in your relationship?  Stephanie: I think communication is key. Personally, I’ve gotten too old to hold any emotion in. If I feel hurt, sad, depressed, ignored, I am sure to mention it right away. Alicia is more the quiet type, and I feel, is genuinely an almost issue free type person. So I think we complement one another, like Yin and Yang.  Alicia:  We do complement each other very well.  I am “almost issue free” I guess because I always tend to see the glass as half full.  If there are challenges we discuss the issues and put our heads together to find a solution.


What role does spirituality play in your relationship?  Stephanie: We actually feel very close to God on a spiritual level and feel we were each chosen to present certain gifts to the world. The energy and the spirituality we feel as a couple has confirmed what we each felt. I am here to comfort and she is here to share pure love.  Alicia:  Spirituality is important.  We aren’t very religious, but we recognize God plays an important role in our lives.  I believe we were ordained to be together because we are each other’s blessing. 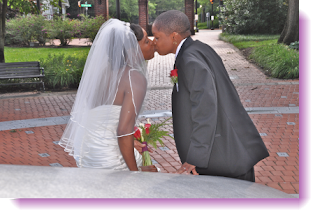 What role does sensuality play in your relationship?  Stephanie: Sensuality is powerful in our relationship. The magnetic feeling is undeniable and when we are together we seem to flow into one another, become one. The explanation of twin flames would most closely describe the intensity of that type of attraction.  Alicia:  The sensuality between us is amazing!  Stephanie is very sexy and when we mix it’s like fireworks.  I’ve never felt anything like this in my life and it hasn’t dissipated since day one.


What advice would you give to other couples?  Stephanie: That’s hard, because I was essentially single for 10 years. Now that I have experienced this type of love, this type of connection, advice on how to achieve something so natural is impossible. However, I will say to be open to change, sensitive to her feelings, and seek to learn what you do not know to make your relationship better. And the most important advice, “Listen to understand, and not to respond. “


Stephanie, you didn’t date for 10 years. Why and how did that time by yourself help you?  Stephanie: That time was inclusive of when I came out.  When I came out, I lost a lot of things (friends, family, property, my future vision). It was a period I spent re-building my life as the real me, the gay me. Spending time with myself allowed me the ability to determine what I wanted and needed in life. It also taught me how to love my own company, and room to determine what I needed in a partner.

Alicia:  Relationships aren’t easy and constantly need work.  Ours has always flowed naturally.  Always seek to make the other person a better version of themselves.  Always evolve. 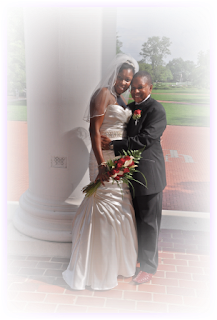 What do you most admire about her? Stephanie: I most admire Alicia’s ability to love unconditionally. Rarely do you meet a person who has no ill-will. She has a natural ability to love.  Alicia: The most attractive thing about a woman to me is her mind and I’ve always been attracted to intelligence. I admire Stephanie because she is extremely intelligent. We are both college educated, well rounded, and we are able to converse on so many levels.


What has your relationship taught you most about yourself?  Stephanie: I’ve learned just how complicated my life had really been up to this point by comparison. I was riddled with fatigue, stress and anxiety, but realized I could learn to worry less and love more. That no matter how in control of my life I thought I was, I was no match to destiny. I’ve learned that it was ok to surrender my life again by learning to trust once more.  Alicia:  I’m a “literal” and “logical” type of person.  I’ve learned to not only hear what she tells me, but to listen to what and why she is saying it.  I understand the “read between the lines” thing more now than ever, but I’ve not yet mastered it.  I’m a work in progress, and I have no problem seeking to better myself to understand some things. 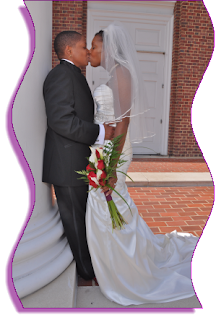 If you could thank her for one thing, what would that thing be? Alicia: I would thank her for her ability to help me learn about me. Stephanie has helped me learn about certain characteristics about myself that I never paid attention to. Stephanie: I would thank Alicia for helping me live in a more productive way and for making me happy. Alicia has helped me understand the true sense of happiness.


What one word describes/characterizes your relationship? Alicia: Magical. The connection we have and the energy we share is something out of this world. It is hard to explain; it is magical. Stephanie: Energy. We have a connection. It is some sort of force that pulls me in her direction. It’s an attraction that made me surrender all of my previous doubts about love and unsuccessful relationships between women.

(Interviewed by SharRon Jamison)
We thank you for sharing your love with us at Create Love! Your story will encourage, inspire and uplift other couples.  We wish you continued success and happiness.
www.createloveforwomen.com