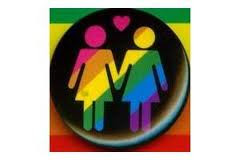 When SharRon and I started this movement of empowerment for women who love women, we understood our very existence to be a political statement. The decisions handed down from SCOTUS (Supreme Court of the United States) this week are the most profound evidence of this truth. We have been experiencing the gamut of emotions as we grapple with the disappointment of the Voting Rights Act decision, while acknowledging the progress of the ban on DOMA and Prop 8. We encourage our supporters to stand in solidarity with the demand for equal and civil rights for all.

SharRon and I are longstanding activists and advocates in Atlanta's LGBT community, as well as www.createloveforwomen.com. In addition to the Create Love vision, I serve as a founding member of Atlanta's Black LGBT Coalition. To that end, we support the Coalition's public statement about the recent SCOTUS decisions (see below). We implore you to act: spread the word and stay engaged, politically, socially and spiritually.


Lessons for the Beloved Community:
On The Matter of Rights and Which Rights Matter

Atlanta, GA- We, the members of the Atlanta Black Lesbian, Gay, Bisexual, Transgender Coalition are comprised of a group of community organizers, cultural workers, nonprofit professionals, artists, faith leaders, healers, researchers, and activists engaged in social justice work in the U.S. South. We were formed because of the necessity to ensure that an intersectional lens is brought to bear in the movements we work in and the issues we champion.

We are deeply disappointed with the ruling yesterday by the Supreme Court on the issue of the Voting Rights Act, which will diminish the federal government’s ability to oversee and ensure the possibility of democracy in places where there has been very little. We are also intrigued and even encouraged by the possibilities opened up by the Supreme Court’s rulings today making the ban on federal recognition of same-sex marriages unconstitutional and clearing the path for the continuation of same-sex marriages in California.

The movement for racial justice and the movement for LGBT equality are not counter or competing, though this week one might be led to believe they are. We have been utterly confused and dissatisfied by responses that celebrate the progress signaled by the ruling on the Defense of Marriage Act (DOMA) and ignore or minimize the threat posed by the Voting Rights Act ruling. Such perspectives, particularly from LGBTQ communities, that fail to appreciate the impact of the Voting Rights Act decision are narrow, divisive and antithetical to progressive community values.

We see those battles, in our lives and in our work, as inherently intersectional and we know that a setback for one is a setback for us all. We who believe in “justice everywhere” should not celebrate the victory against DOMA, without acknowledging the damage done by the Voting Rights Act decision. We know as intimately as we know intuitively the structural violence that can be unleashed if rights are not protected. There are no victories as long as injustice persists in other areas. Progress is not a linear march through history but a series of battles that must constantly be fought, and victories that must be protected and preserved at every turn.

Members of the LGBT community in general and the black LGBT community particular, should remain vigilant in advocating and voicing our dissatisfaction of the Supreme Court’s recent decision regarding the Voting Rights Act even as we affirm the ruling on DOMA.

We want to offer the following as actions that we can all take to navigate our current political environment:

1.     Remain resilient- As individuals and groups working on behalf of social justice, we know all too well the intensity and force of the organizations working against our interests. We must however, support each other, care for each other, so we can remain resilient.
2.     Join and/or stay engaged in the movement- Support organizations that are committed to intersectional politics and social justice.
3.     Engage key decision makers- Voice your opinions. Tell them what you think.  Write letters, send emails, make calls, hold them accountable. And remember, its critical that we all turn out to vote in 2014.
4.     Keep the conversation going- Host discussions, townhalls, forums, to keep the momentum alive.
###

ABOUT US
The Atlanta Black LGBT Coalition was formed in November 2008 by Black LGBT organizers in Atlanta, GA to assist with mobilizing more effectively in local, statewide, and national progressive advocacy.
MEMBERS